The distillation process: Extraordinary and unrepeatable 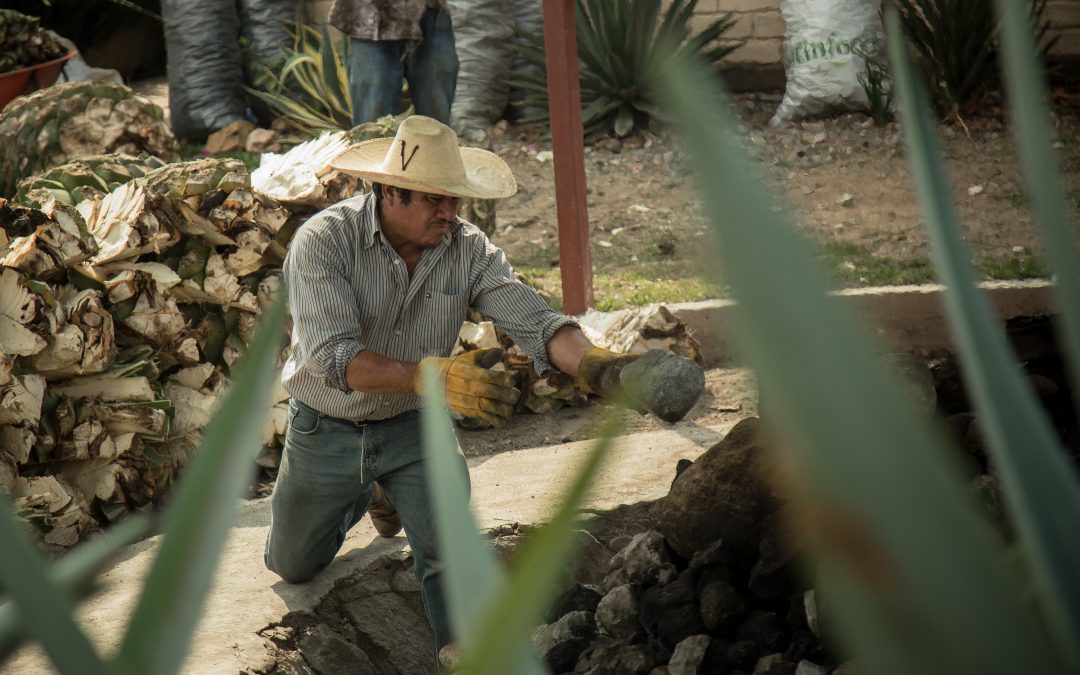 The reproduction of agaves is mainly carried out by means of “hijuelos”, which refers to the sprouting of new agaves by means of roots or stems underground.

Genetically they are “clones” or equal to the mother plant.

The harvesting of tillers is done once a year, before the rains, between May and June. We select the tillers ready for planting based on their size, leaving the smaller ones for the following year.

The care of the agave is fundamental, since the organoleptic properties that the mezcal will offer us depend on it, that is to say, the plant absorbs everything that the earth offers it during its growth (between 6 and 8 years); for that reason during all its growth “manual cleanings” are carried out twice a year.

The selection of agaves is based on choosing the mature agaves, this in order to offer better quality in each batch of mezcal, the selection is made because although the agaves were planted in groups, each one matures at its own time, sometimes with a difference of a year and a half or 3 months.

Once the agaves have been selected, the “despenque” is carried out, which consists of removing all the stalks or leaves of the agave, leaving at least 7 centimeters, and then cutting the pineapple and transferring it to the palenque.

Once the pineapple is shaved, it is cut in parts for a homogeneous baking; then the firewood and red-hot stones are introduced first in the underground oven lined with stones extracted from rivers.

This process lasts from three to five days, depending on weather conditions.

We carry out this process with a Chilean horse-drawn mill, which consists of a circular space lined with concrete with a stone that slides inside with a wooden axle.

This is one of the most crucial points for the elaboration of mezcal, since its flavors and aromas depend on it. It is carried out in oak and French white oak vats, carefully veiled to obtain the exact point.

It is made only in copper stills at controlled temperatures to achieve clear flavors and aromas. This way of doing it prevents the scratchy and bitter sensation of some commercial products.